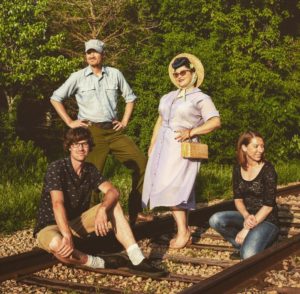 Born out of love for the back roads music of America’s past, The Fattenin’ Frogs play rock & roll in its original spirit by cranking up the electricity on the music of the juke joints, hootenannies, medicine shows and tent revivals of yesteryear. The Minneapolis quartet puts their heart and soul into every song so come on out, sing, dance, and clap along!

The Fattenin’ Frogs generate a freight train of emotional excitement with Amanda White’s unchained soulful wail and Chris Holm’s lonesome howl over a landscape of scorching fingerstyle electric guitar, hard charging drums, wailing harmonica, and thumping bass. Never safe or stamped out, they are not afraid to cap off a hot night of rock & roll with a zippy little kazoo solo because above all, rock & roll is supposed to be fun! Playing a mix of original songs and classic songs from America’s past, they’ll make you feel like you know every song even when you hear them for the first time.

In 2008, founding members Chris Holm and Mark Larson set out to dig deep into the American roots music that inspired their heroes. Within a year they had assembled a rock & roll band to put what they had learned to work. Six years and two albums later, they are still hard at it, bringing their brand of roots and blues inspired rock & roll to the masses. The band tours regularly throughout the Upper Midwest and has become staples of the music festival circuit including a 2015 Bayfront Blues Fest main stage performance and a performance at the 2014 Deep Blues Fest in Clarksdale, Mississippi.

“Don’t tell Minneapolis band the Fattenin’ Frogs it’s 2013; it would
be a shame to break their hearts that the ’60s folk movement has passed. Yet,
that is exactly where their sound lives. The band’s new single “Comin’
Home” draws from the never-ending momentum of the banjo as much as the
wistful sound of lead singer Chris Holm’s voice. The drive doesn’t allow the
song to drift into mindless self-indulgence, leaving a song that taut and heartfelt,
a blissful bridging of the generation gap.”

“Following the Old Fashioneds were the Fattenin’ Frogs, whose romping
harmonica riffs and soulful vocals brought a great energy to classic American
rock and roll and traditional songs; a highlight of their set for me was their
rendition of “Wade in the Water.””

“The Fattenin’ Frogs, led by the 4onthefloor’s Chris Holm, injected plenty
of soul and roots into the ‘Mats material, augmented by the elegant voices of
the three female backup singers. “I Will Dare” took on an extra bounce,
while “Take Me to the Hospital” and “Bundle Up” were both
drenched in an upbeat, dusty Americana sound…” 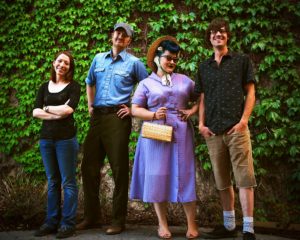 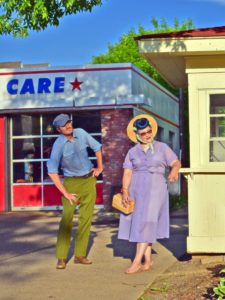 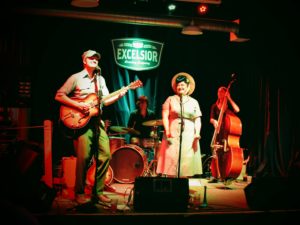 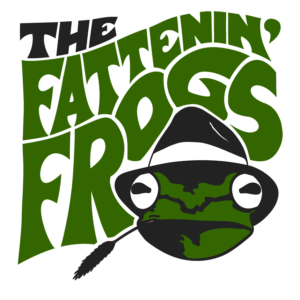